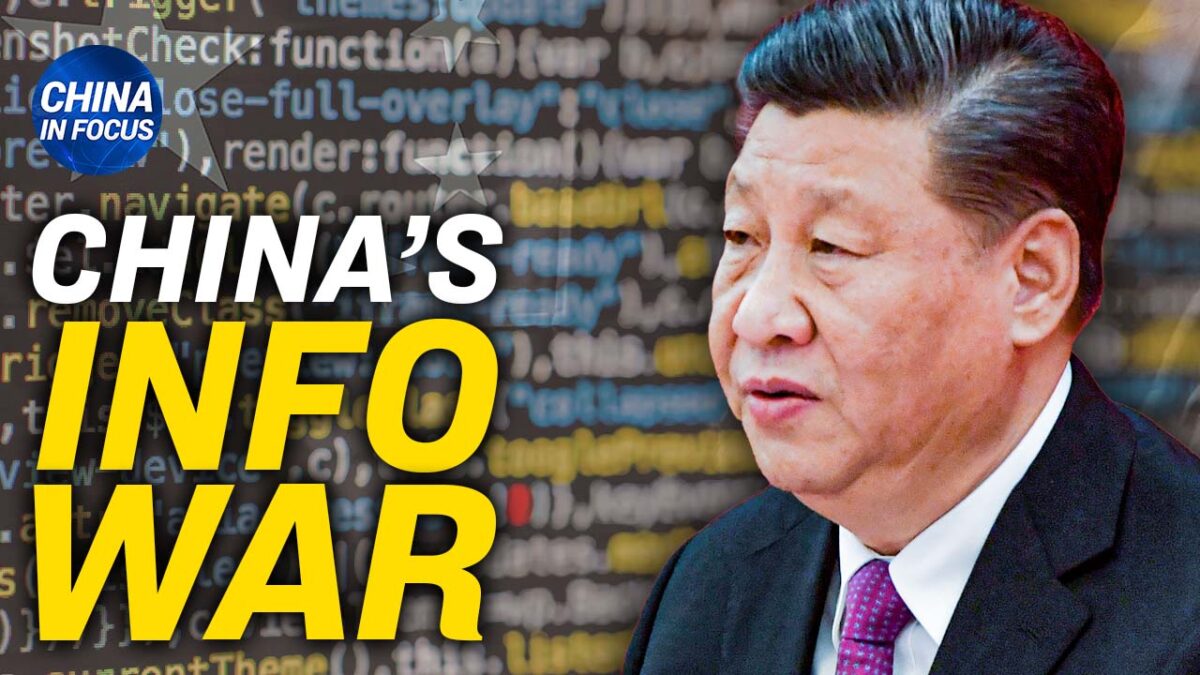 On this particular episode, we sat down with two visitors: Chris Fenton, a U.S.–China professional and creator of “Feeding the Dragon,” and journalist John Mac Ghlionn, who’s lived and labored in China.

They contact on Beijing’s comfortable energy ways, equivalent to thru data battle and Hollywood, and what that suggests going ahead.

On Beijing’s use of comfortable energy, Fenton mentioned, “It’s very subtle, but part of it has to do with just simply things that the Chinese government doesn’t want anybody globally talking about—whether it’s Tibet or Tiananmen Square, or Taiwan being a separate country, or what’s going on in Xinjiang Province with the Uyghurs or any other sort of human rights issues. They are very clear that businesses, whether they want products or services into that massive market, need to adhere to the things that are considered third rail issues. And we saw the NBA walk right into that in October 2019, with the GM of the Houston Rockets showcased—just in seven words on Twitter—his support for the Hong Kong protesters. NBA was immediately shut out of that market.”

Some other space is cyber. Mac Ghlionn mentioned, “China is testing the water more and more and more, and it’s upping its cyber capabilities. This is the deeply worrying thing for me, is that the progress that the CCP seems to be making with its cyber capabilities” He went on to mention that any other risk space is “China’s quantum capabilities. And we’re on the verge, it seems. But clearly, you have to take everything that comes out of China with a generous helping of salt, or maybe a few buckets of salt. But it does seem that their capabilities … say with quantum computing, or even a future quantum internet, if they do succeed in creating this, it will be virtually unhackable. And if they advance their quantum capabilities, you have the potential of maybe hacking into the U.S. power grid and taking down whole cities. They’re talking about we’re so fixated on ransomware attacks now that the next big thing is killware, where essentially, you tap into water reservoirs, can poison it from distance. This is what we’re talking about now. You think of 9/11—and 9/11 was clearly horrible, catastrophic—what the potentials of, the possibilities going forward with cyber and the likes of killware could be many, many times worse than 9/11, or 9/11 in different cities across the U.S. And this is not hyperbole. This is a possibility, a very real one, too.”

Fenton famous this sort of data battle is used inside of China. He mentioned, “Remember, the Chinese Communist Party needs to keep 1.4 billion people just happy enough that they don’t revolt. And June 4, 1989, is in the memories of the government. Maybe not in the people because a lot of people don’t even remember it or know about it. But in the government, it’s there and it doesn’t take much to create that type of wedge between the people and its government. So they need to create the narrative that they’re doing everything the right way for them and compare their nation to other nations in ways that showcase that other nations aren’t running their countries well. Jan. 6 is a perfect example. What was happening here in Washington, D.C., was played and broadcast nonstop on the ground in China so that the Chinese people could see, ‘Oh, democracy is really dirty and messy and violent. What we have is not.’ And then on top of that, you have that narrative, that soft power influence over the people.”

Watch the total record on EpochTV.

Produce other subjects you need us to hide? Drop us a line: chinainfocus@ntdtv.org

And should you’d like to shop for us a espresso: https://donorbox.org/china-in-focus

For extra information and movies, please consult with our web site and Twitter.